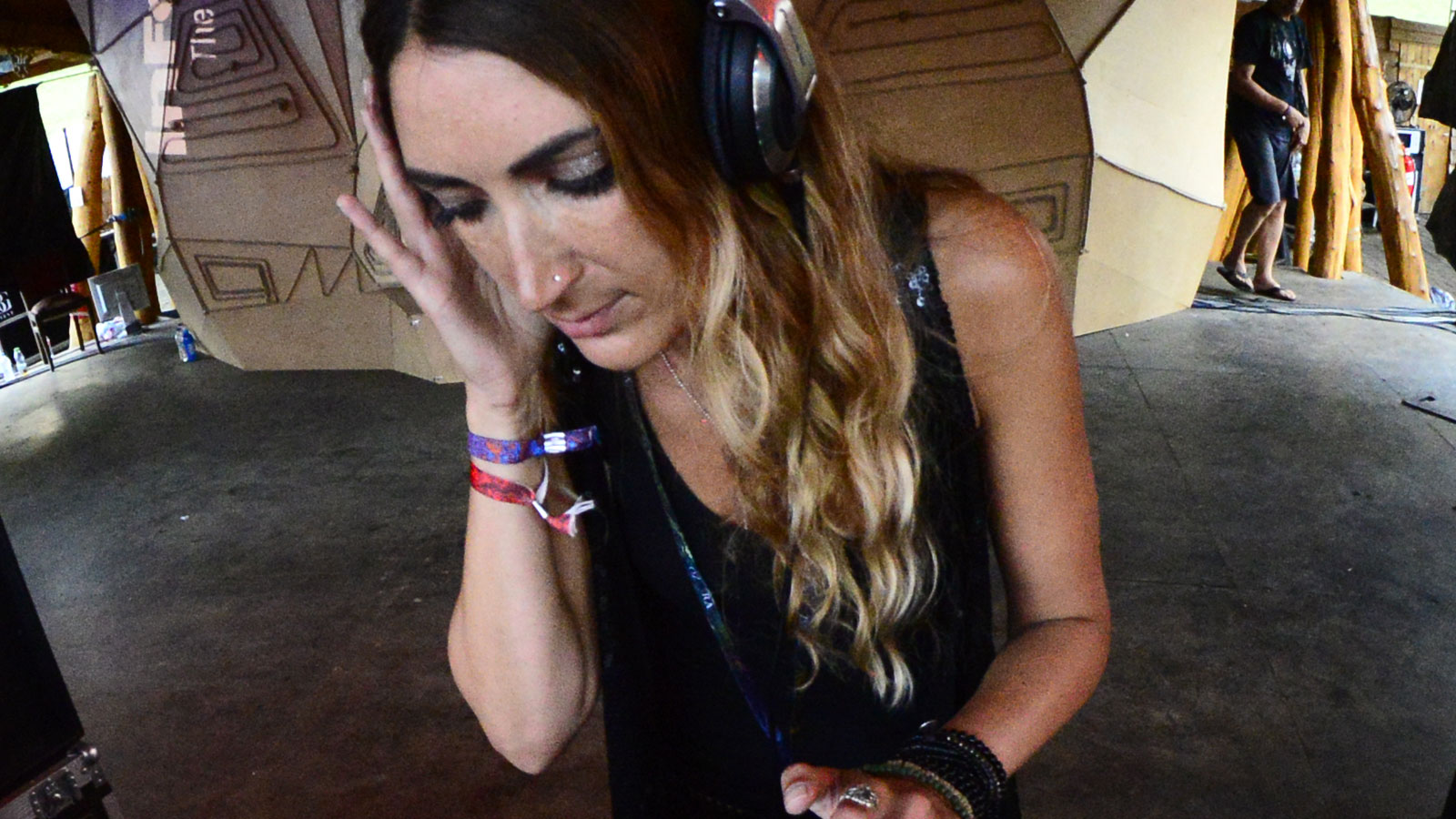 Svess, aka Sophia went to her first ever psytrance party in 2003 and that was when this music love story began. Never ever had she heard or felt music in this powerful way before. After many years of blissful experiences on dance floors all over the world, her desire to learn how to mix had grown very strong.

In early 2014 she started her DJ journey and very quickly become a frequently booked DJ in London and later on, the rest of the UK and internationally. She joined the Brazilian label Mosaico Records in 2015 and in 2018 she decided to continue her journey with Paramystical Records, a Brazilian label focused on the night time side of psytrance.

She has played at epic events such as Ozora Festival – Hungary, Sonica Festival – Italy, Tribal Gathering – Panama, Noisily festival and Boomtown – UK and at many other parties and festivals in various countries such as France, Romania, Spain, Sweden, Finland, Germany, Ireland and Cyprus.

Her style can best be described as groovy, deep and highly energetic, ranging from early morning psychedelic to deeper darker night time moods.

Her sets will take you on a powerful energetic and hypnotic journey filled with the full spectrum of psychedelic emotions.